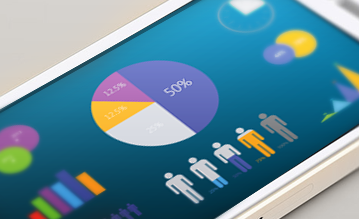 If you’ve already published your mobile apps to the Google Play store, there’s really no comparison, that process is dead easy compared with the hoops you will have to jump through when you want to publish your app to the App Store. I wrote an article about the process of developing and publishing mobile apps and towards the end I describe the steps for publishing to Google Play Store in about 2 paragraphs. For publishing to the App Store, it took 6 paragraphs only for the preparation part, and then I just decided to add a 13 mins long video with the extra steps and even after that you are not totally complete, as I were to find out on my own.

In this article you will find:

The DON’Ts of publishing to the App Store

I will start with a few DON’Ts just to make sure that you avoid going through what I went through.

I was naive enough to take the first step for signing and publishing my app to the App Store by thinking I can generate the certificate request using openssl. Well, it all seemed to work, since I was able to upload the certificate request to the developers member center on the Apple site, and a certificate was generated for me. I even downloaded and installed the certificate, but somehow, something was not properly working, since even though building of the app was working the app was not validating for being uploaded to the App Store. The error message I got was:

Don’t ask about the entitlements file

Perhaps you got here searching the error message:

Entitlements file do not match those specified in your provisioning profile.(0xE8008016)

Don’t use a beta Xcode version

I’m not aware of ways to build, prepare and upload mobile apps to the App Store other than through Xcode, so be aware that you cannot publish using a beta version. You can do all the steps: build, verify and even upload to the App Store, but when you will want to submit your app for review it will not be accepted by the system. The error message will look like this:

Apps and app updates submitted to the App Store must be built with Xcode 5.1.1 or later, and iOS 7 SDK

Don’t know about you, but I find this at least odd. Why the heck does it allow you to do everything in beta, including uploading to the App Store, is totally beyond me. By the way, uploading your app with the beta version means that you will have a “prerelease” version in the App Store that you cannot publish. You can’t submit it for review either, and ATTENTION you can not delete it from the App Store since only reviewed versions can be deleted (or rejected). Wow! I think that’s insane. So, I had version 0.0.1 uploaded via the Xcode beta version. I can’t remove it, and ATTENTION I can’t upload another version 0.0.1 to replace the old one, so basically I had to re-install a non-beta version of Xcode and had to artificially increase the version number to 0.0.2 – insane!

Don’t upload a version that is not ready for use

Once you upload a build of your app with a certain version number, let’s say that you forgot to set the right icon for the app. Making the change and uploading again is not an option since you will receive a message like this:

That’s because the App Store will only allow you to have one build with a certain version number at a time, which makes total sense. Now, for the insane part, you might think that you can just delete the version without the icon and re-upload the one with the icon, since you don’t want to increase the version just for that, but you would be wrong. You cannot just delete the version uploaded. It first has to be passed through the review process (WHY, I really don’t know?!?!? ). Only after that you will be able to reject the build.

And now for the even more insane part. Remember the previous DON’T (don’t use an Xcode beta version). Well, the versions already uploaded using Xcode beta cannot be submitted for review, therefore cannot be reviewed, therefore cannot be rejected/delete so they will be there forever and ever till the end of time and of course, the version numbers used cannot be used anymore (that’s why my first app ever published to the App Store is version 0.0.5, though in fact it’s the first version)

So, the bottom line you need to check, double check and triple check everything before uploading – that is if you like things to be clean and neat and if you would like not to have your version numbering messed up.

Don’t mention Android, Windows or any other mobile platform or market place for mobile apps

If you put in your app’s descriptions Android, Windows or any other mobile platform or market place you app will be rejected.

How long does publishing to the Apple App Store take in total?

I’m writing this because I would have loved to have this information the first time I published to the App Store, as it’s always nice what to expect time wise – this way I would not have looked like a goof to the client that asked the question: “When will the app be available in the App Store?”

So, publishing to the App Store took approximately 11 days for me and I almost did not avoid insanity (ha!).

Here’s a list of review statuses that an app can go trough while in the publishing process.

And here is an example from the Apple support site showing a sample for the status history for an app submitted for publishing in the App Store. What is interesting to note is that first of all I would say it’s an awful lots of statuses that the apps get through before being published. Also, getting from Waiting For Review to In Review took 2 days, it took another 2 days for the review itself to be performed and then another day for the app to be available in the App Store.

So, I’m guessing that Apple’s optimistic estimation for the process is around 5 days.

And, as a reality check, here’s the history for an app that I published. It took in total 21 days (I spent 5 days trying to build the app and create the description, then I submitted it and took another 16 days to get it published). It was actually rejected once because I mentioned the word “Android” in the description.