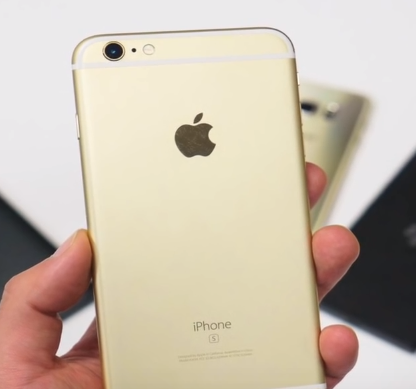 New This Week: pretty big changes for Microsoft as they fire yet another batch of employees from their smartphone division. Not totally unrelated, iPhone number 1 billion got sold.

Microsoft cuts another 3000 jobs in its smartphone division

Microsoft plans to lay off nearly 3,000 more jobs over the next year across its smartphone hardware business and global sales division. This after the software giant confirmed in May that 1,850 jobs would be lost at its mobile wing. Spending about $7 billion on Nokia may turn out to be one of the worst tech acquisition ever and might also spell the end of Microsoft smartphones, though VP Terry Myerson says they’re not out yet.

It’s official, the iPhone becomes one of the most successful product ever after selling over 1 billion units. Tim Cook proudly made the announcement in a blog post on the Apple site. Like it or hate it, one has to admit that the company has created a wonderful product. And this doesn’t stop here, especially because iPhone 7 will come out soon.

SwiftKey bug shares phone numbers and email addresses with everybody

Scary news for users of SwiftKey – the Android and iOS virtual keyboard. Microsoft has suspended a key component of the app after it was found to be leaking other users’ private data. Apparently multiple SwiftKey users have found other people’s phone numbers and email addresses in their suggestions.

SwiftKey believes this error is due to a bug in the keyboard’s synchronization feature, which used to keep user data updated between disparate devices. In response, it has deactivated this feature while it remedies the problem. This is proving to be a serious headache for SwiftKey users, with many complaining on Twitter.

No more free upgrade to Windows 10

Windows 10 is being very actively developed and next week Microsoft will launch Windows 10 Anniversary Update (code name Redstone). Also the company announced that it’s moving forward strong and before the end of August it will roll out version Redstone 2 to a small group of users initially via the Windows Insider Program and then release it to the general public sometime in 2017.

If you also take into account that this weekend’s Steam sale includes about 175 VR titles you get the picture of an industry that’s becoming really interesting.

Everybody knows this and so does Sony, which recently announced that they will be launching their PlayStation VR in October this year. This product is expected to be a real competitor to HTC’s Vive and already anonymous leaks on the net reveal some of its details. In a schematic of the space necessary for the new PlayStation VR you can see that the minimum requirements of  the room where you use it is that it’s 3m x 2m. Well, I’m very curious to get my hands on this product and I’m sure a lot of you feel the same.