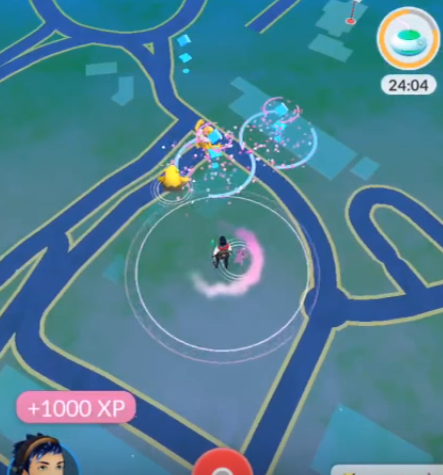 NTW = New This Week Tech news that happened this week and caught my eye and interest. Hopefully you also find it interesting too. This week Instagram added a new feature that has an eerily resemblance to Snapchat, macOS Sierra beta is out and so is a Pokemon Go update.

This week Instagram launched a new feature similar to SnapChat’s Stories feature. In fact, it’s so similar that people instantly recognized it as an exact copy. This raised a lot of eyebrows regarding the fairness of the move.

It seems that this is not the only blow that SnapChat will get, since Facebook announced a similar feature coming out soon, this after some while back SnapChat board member admitted to having rejected a $3 billion USD offer from Facebook.

So, what do we learn from here? You are never to big to steal ideas from others.

The new macOS version beta version is out. This beta is available as an automatic download for El Capitan 10.11.5 or later. If you have set your Mac to download automatic updates in the background and receive beta software updates, the macOS Sierra beta 4 will download automatically and you will receive a notification when the download is complete.

This new version includes Apple Pay for websites, boosts apps graphics and compute potential with enhancements to Metal. Also new is the feature for watching video while they multi-task with Picture in Picture, editing Live Photos, and more.

A new version of Pokemon Go came out this week and the company issued the following on their Twitter and Facebook accounts:

We have limited access by third-party services which were interfering with our ability to maintain quality of service for our users and to bring Pokémon GO to users around the world. The large number of users has made the roll-out of Pokémon GO around the world an… interesting… challenge. And we aren’t done yet! Yes, Brazil, we want to bring the game to you (and many other countries where it is not yet available).

I assumed that the changes that they’ve made refer to the third-party tracking services and push services, such as Pokévision, PokéHound and PokéNotify. Checking the sites of those products confirmed this and even more they all received cease-and-desist letters. This apparently will eliminate the performance issues that generated a huge wave of complaints lately.

Also, Niantic will soon release the game in Brazil, a huge and very interesting audience which will allow Pokemon Go to set yet new usage records.

In the mean time Niantic acknowledged a relatively big bug and said on their Twitter account that they are working on fixing it. The bug makes it virtually impossible to capture even the weakest pokemon.

The 2016 Olympic Games started this week in Rio. Everybody is excited about the games and Google decided to celebrate the occasion by creating 7 sport mini games.

Fire up the Google app on your Android or iOS device and tap the Google doodle to choose from seven different minigames to play, all featuring fruits inspired by the produce in Rio. The collection of games will have you swiping, tapping and tilting your phone to score three stars and best times in a variety of challenges.