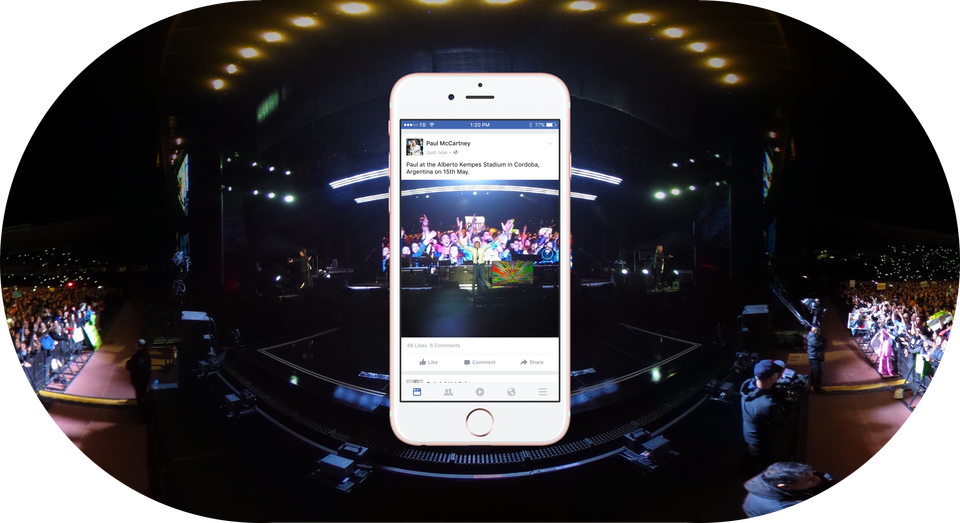 I’m starting a new type of post with tech news of the past week. I will try to make it a weekly thing just to give you an idea of what happens on the tech stage. I will for sure miss on things, but I will at least catch main tech events.

June 9, 2016 marks the start of the new “big thing” on Facebook – Facebook 360 Photos. This feature allows to share panoramic photos on your Facebook timeline or news feed and is similar to 360 videos, but with photos. To take 360 degrees photos you need a mobile app that can take panoramic photos or a camera that can take 360 degrees photos. Once the photo is taken you can upload the photo as a regular photo.The photo is then displayed and using the mouse can be panned around for a 360 degrees view.Here’s the first Facebook 360 photo on Mark Zuckerberg’s FB.

Liferay 7 GA2 is out

Liferay is a portal solution that I use in my day job. So, I have a very specific interest in this platform and the direction it goes, and that’s why I dedicated it a whole Liferay category on my blog. Liferay 7 has been out for a while now, however in my view they are struggling with releasing a stable and usable version.

Besides all the bells and whistles like improved UI, elastic search and other wonderful changes, Liferay 7 brings a significant change by switching to OSGI for portal extensions. Unfortunately this means that deploying portlets also means using OSGI, so upgrades from version 6 is cumbersome and even impossible.

The OSGI approach is pottentially disastrous for the Liferay platform because OSGI is a move away from the JSR 268 portlet specs.

I speak from experience, since we’ve been trying for the last month to port one of our portlets from Liferay 6 to Liferay 7, and after jumping through a lot of hoops like switching to Gradle building and the use of the very “obscure” and buggy BND tool, we ended up in failure. We’ll just wait and see where Liferay goes with this. See more info here.

PlayStation 4k confirmed, but not coming out at E3

Sony has confirmed that it’s PlayStation 4 is coming with support for UltraHD 4k games. The name is not yet known, but speculations are that it will be PS4k or under the code name PlayStation NEO. Though the launch is coming soon, we won’t see the new PlayStation console at E3 next week.